Salzburg as the capital of the State of Salzburg is situated between hills along the Salzach river, north of the alps and close the German border. It combines a long history with culture, arts and a scenic nature. Due to its favourable site and beauty the city presents itself as an all-season touristic attraction. The Old Town or historic city centre with mainly architecture in Baroque style belongs to the UNESCO World Heritage. Arts enjoy a worldwide fame thanks to W. A. Mozart and the Salzburg Festival. Salzburg is a relatively safe place. Please still take the usual care for your belongings.

History: Evidently a continuous settlement in the area of the later town was established at about 400 B.C. with the arrival of the Celts. At 15 B.C. the settlement came under the Romans domination, which founded the city of Juvavum - the first name for Salzburg - as the first Roman settlement north of the Alps. The town in the Roman province of Noricum was a centre of traffic and administration due to salt and gold mining until 476 A.C.

About 200 years later, Bishop Rupert settled in the city calling it Salzburg and founded a monastery (St. Peter) and a convent, both institutions of Benedictines being the oldest north of the alps. In the year 774 the main cathedral was consecrated. From around 700 on Salzburg was ruled by (arch)bishops with ecclesiastical jurisdiction. This is still evident by many monasteries and churches (more two dozen in the Old Town), which added to Salzburg the epithet "Rome of the North". The fortress Hohensalzburg was built in the 11th century. In the following centuries the town grew constantly. Independence from Bavaria was achieved in the 14th century.

Salzburg was secularized by Napoleon and lost its autonomy in 1803. After some years of transfer to the Kingdom of Bavaria, it was finally returned to the Austrian Empire at 1816. After the World War II, Salzburg became the centre of the American-occupied area in Austria.

Activities beside and around the conference: 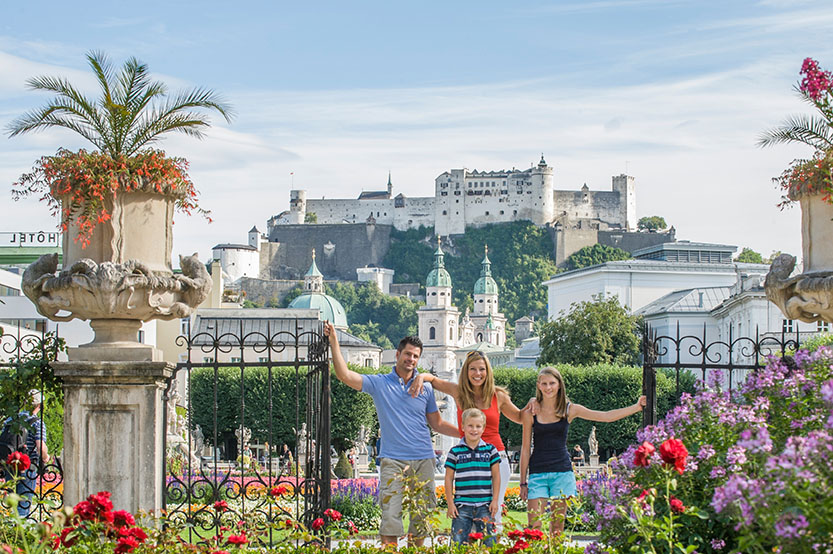 Climate: The first week of September is late summer with an average temperature between 15 und 25 degree Celsius. 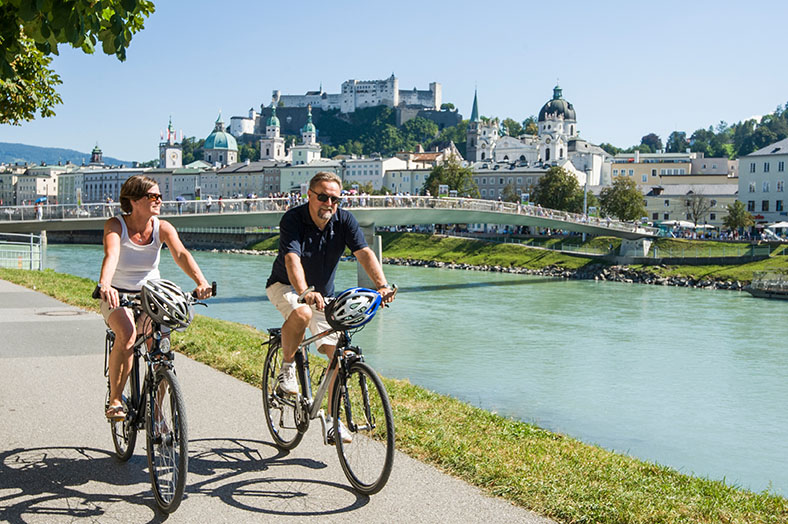 Salzburg can be discovered by walk or bicycle
©Tourismus Salzburg

Excursions in the city centre: Beside the scenic architecture Salzburg’s centre offers to visit the Fortress Hohensalzburg, the Dom zu Salzburg (main cathedral), the catacombes, to relax in the Mirabell garden or along the Salzach river, or to hike on trails of the city hills.

Cultural attractions: The Salzburg Festival takes place just ahead the conference. Arrival a few days before the conference starts might offer a good occasion to visit this international cultural event. Even though a very limited number of tickets might be available last minute, early booking of the cultural events is highly recommended (https://www.salzburgerfestspiele.at/en/contact). 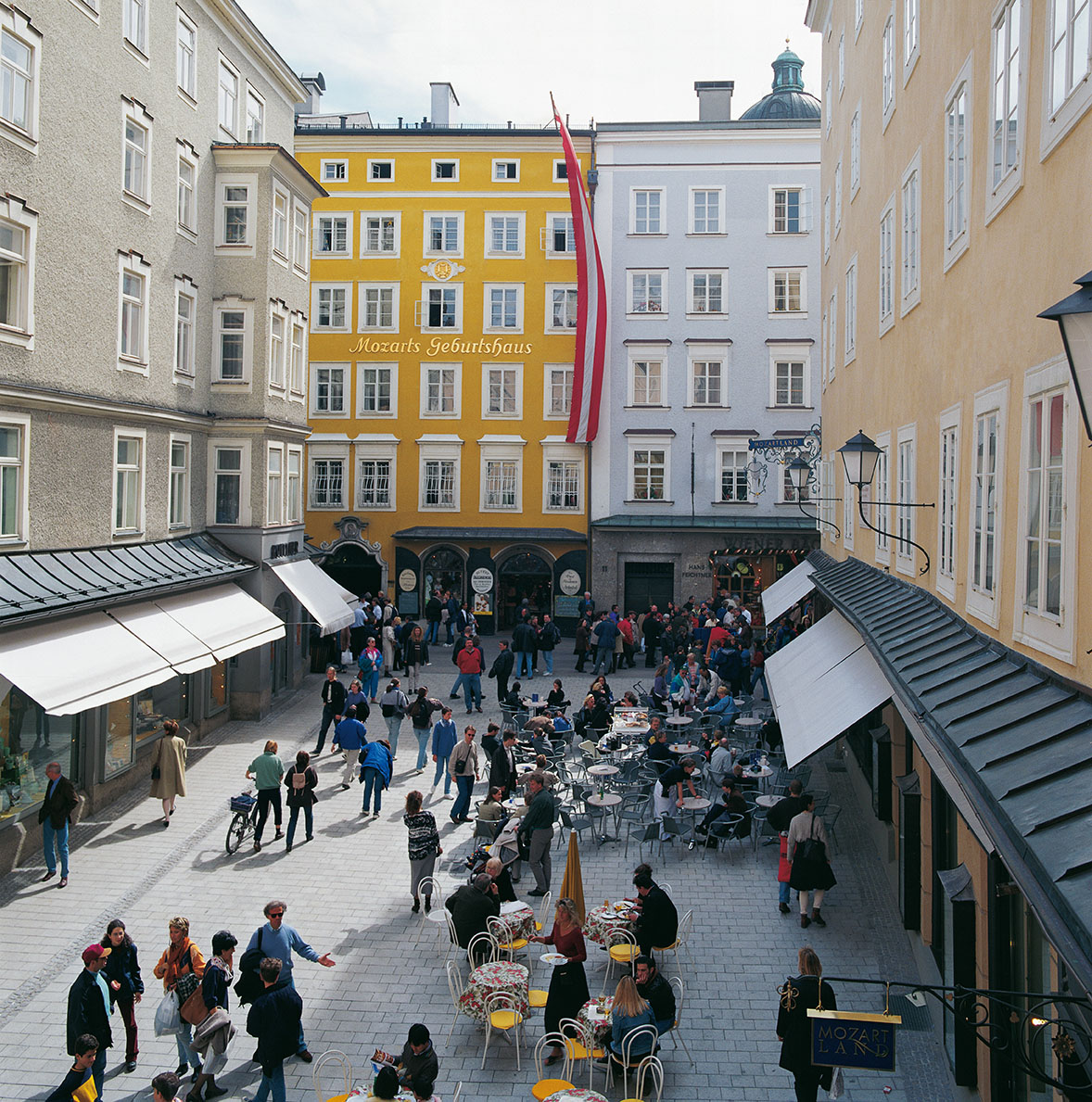 One can immerse into Mozart’s live and work, make sightseeing bus tours such as the famous Sound of Music Tour, visit one of the museums such as the Museum der Moderne (www.museumdermoderne.at/en/) and Haus der Natur (www.hausdernatur.at/en/startseite.html), or can visit concerts and theatre. 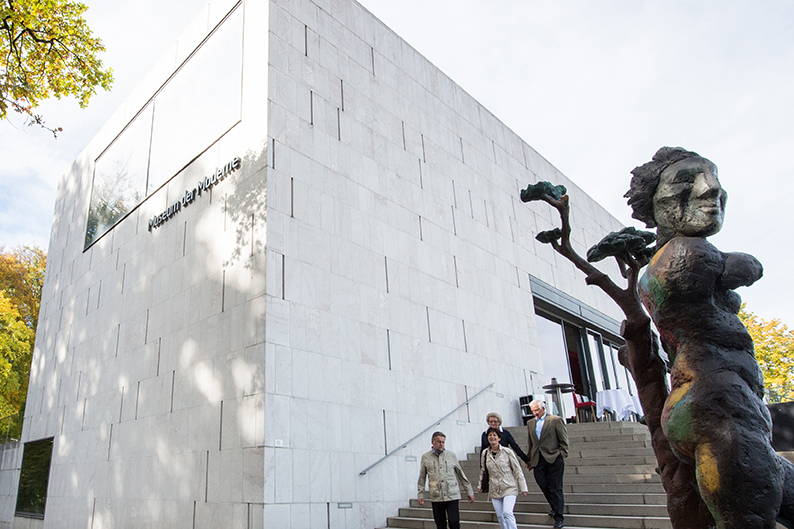 Further recommended excursions and hiking in the nature at the periphery of city are e.g. the Leopoldskroner Weiher or Hellbrunner Park with a castle and a zoological garden. At a distance of 16 km to the city centre, the closest alpine montain, the Untersberg, with the highest a summit of 1,973 m, invites for hiking in the summer and skiing in the winter. It can be accessed by a cable car. 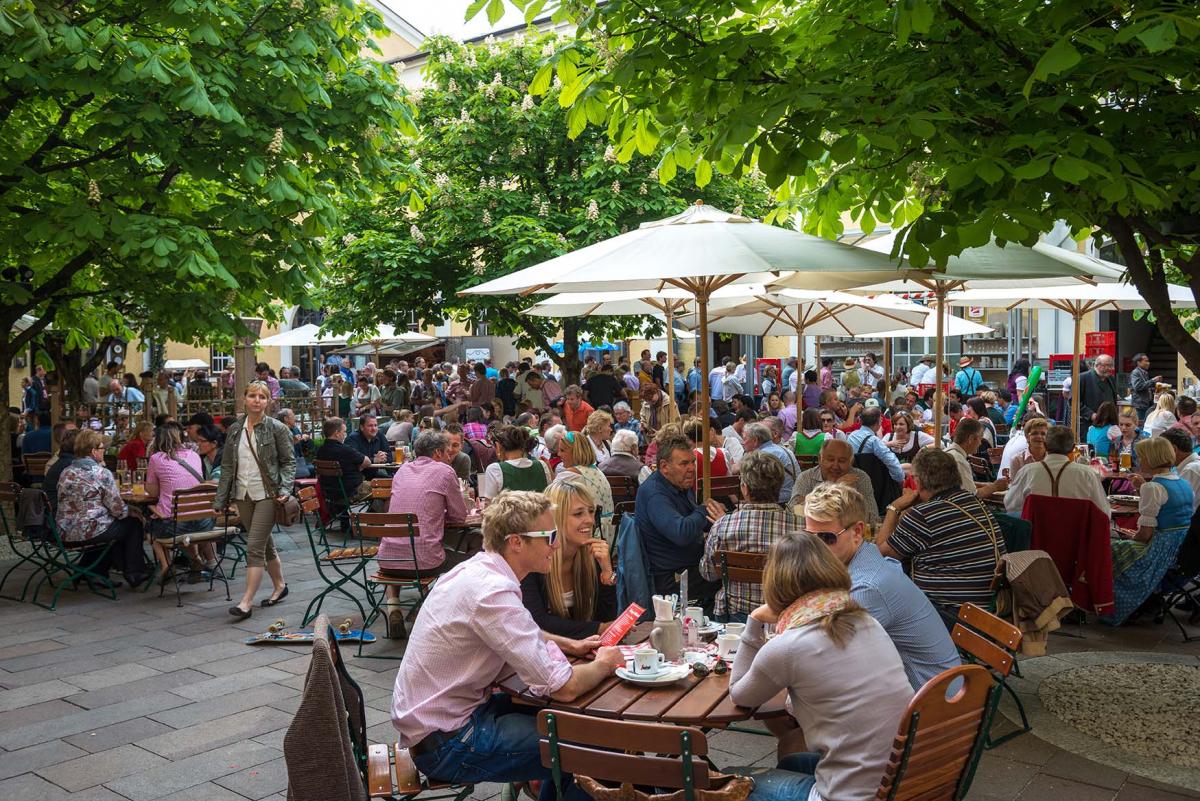 In the surroundings of Salzburg you find many lakes and mountains, including the famous lake Königssee in Bavaria. Salt mines and a celtic museum can be visited in the smaller town Hallein (in a distance of 15 km). 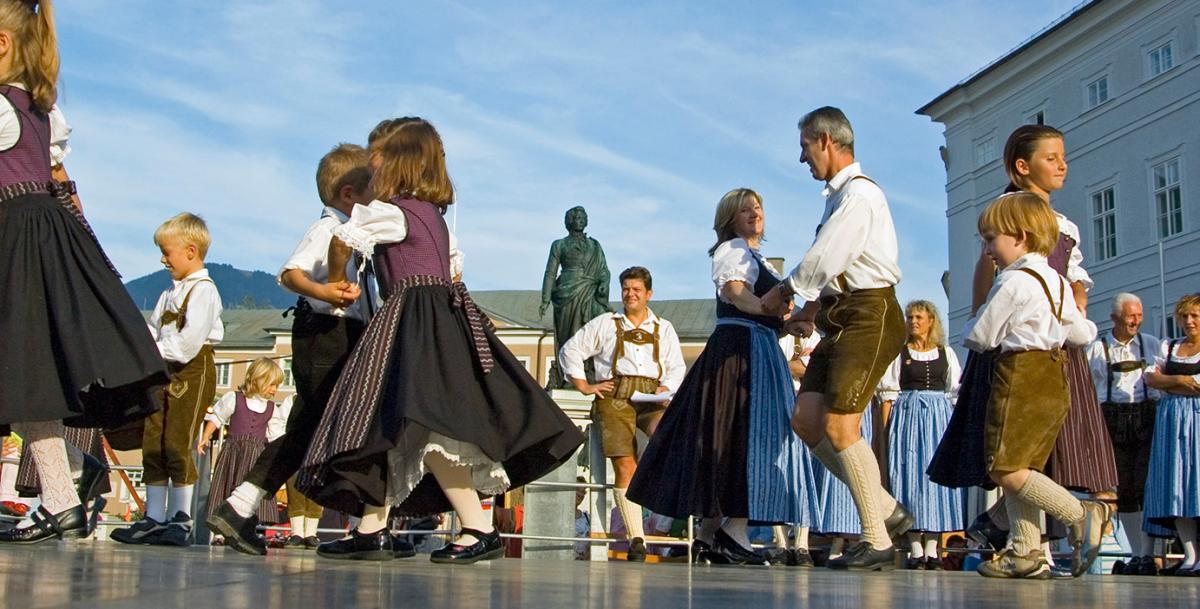 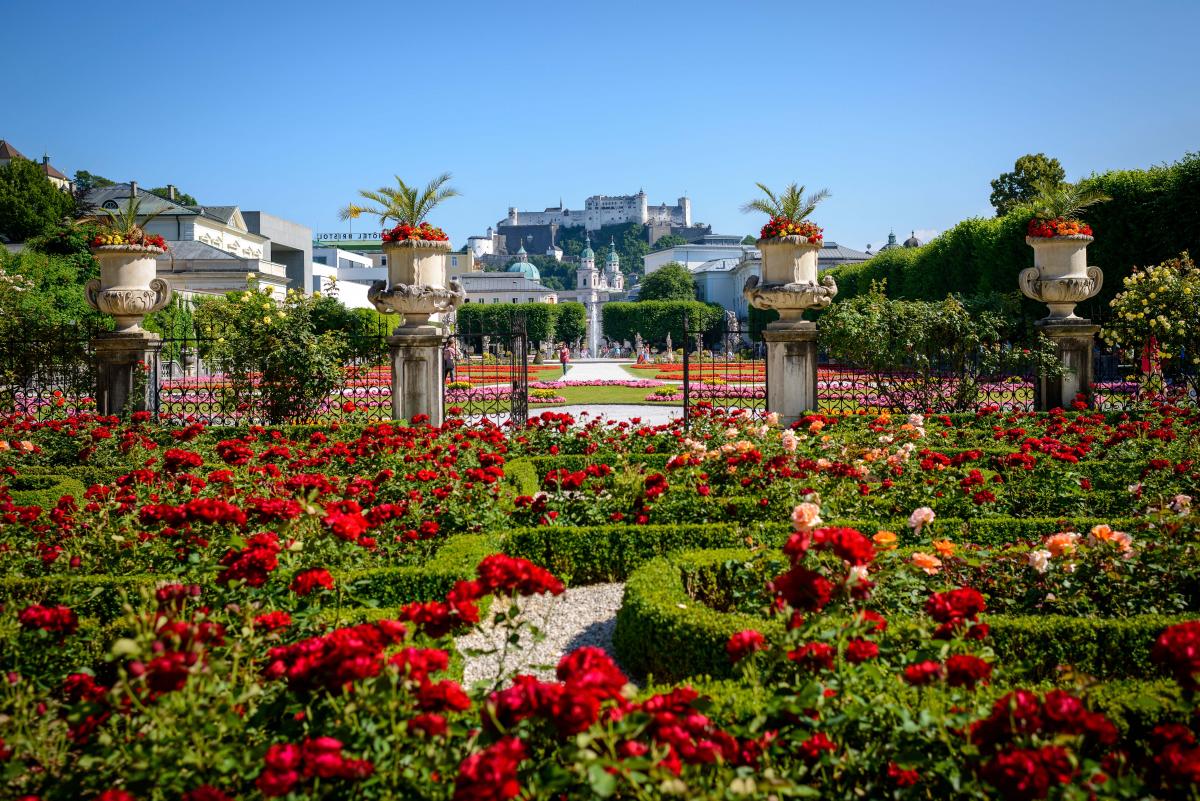 Salzburg is connected well by national and international railway and air carriers. To comply with the ecofriendly conception of the meeting and according to the recommendations of Scientists for Future participants are encouraged to use trains for journeys less than 1000 km.

The central railway station in the city of Salzburg is an important east-west connection of European countries. Trains in Austria are comfortable, fast and safe. Bookings can be made on all stations or online at www.oebb.at/en/.

Busses in front of the train station serve the city centre, where you can either stay on the bus number 3 or change to busses (numbers 8, 12, 14) in the direction of the Alpenstrasse. Get off at the stop Faistauergasse.

Taxis take about 15 minutes to the congress venue.

Note: Train tickets must be validated, under penalty of sanction, in the designated ticket machines situated next to the ticket office and along the platforms.

The airport is located on the outskirts of the town, in 4 km distance to the city centre. A bus in front of the airport (Line number 10) connects the airport with the Salzburg city centre. From there the bus lines number3, 8, 14 or 12 drive along the Alpenstrasse and stop close to the Faculty of Natural Sciences (exit at stop Faistauergasse).

Taxis are available in front of the airport. The ride to the venue takes about 20 min and costs about 20 Euros.

Munich Airport Franz Josef Strauss (IATA code MUC) is located northwestern from Salzburg. A train connection runs from the airport terminal to Salzburg Central station. The ride takes about 2:20 h (180 km) and requires to change trains at München Ost or München Central station. Tickets may be obtained online (www.bahn.de/en/) or directly at the airport.

Vienna International Airport (IATA code VIE) represents a good choice for participants flying in from the east. It is located 312 train kilometres eastern from Salzburg and next to the capital city of Austria. Salzburg Central station is served by rapid trains leaving at the airport terminal every hour. Fastest connections take 2:50 h, tickets can be obtained online (www.oebb.at/en/) or at the airport.

Since the Congress venue is located southern of the city centre, it is the easiest way from all directions to take the exit "Salzburg Süd" located at the Tauernautobahn A10 in order to avoid crossing the overcrowded city. From the exit "Salzburg Süd, Anif" you enter the main road to the centre, called Alpenstrasse. After 6 km turn left to the Michael-Pacher-Strasse, which leads directly to main entrance of the Faculty. Please note that the Faculty of Science is located in short parking zone (3 hours).

From the highway München-Wien (A8 in Germany and A1 in Austria): leave to the highway A10 (Tauernautobahn), until to the exit "Salzburg Süd, Anif".

From Italy, Slovenia, etc. on the highway A10: take the exit "Salzburg Süd, Anif".

In case you are booked in a hotel at the Old Town: most of the historical centre of Salzburg lies within the Limited Traffic Zone. Only authorised vehicles are permitted access to this zone via a code at the entrance system. Hotels within this zone usually provide a temporary permit to their guests.